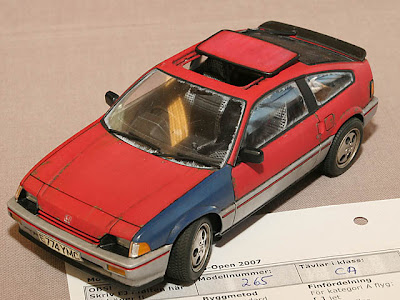 If you had the skills, what personal or public history would you tell with plastic models? Your first car? The Great Molasses Flood? A diorama to depict standing in line to see the 1977 opening of Star Wars? 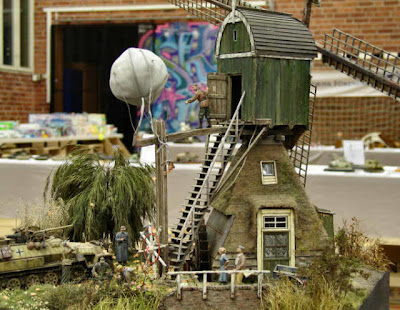 The winner of the IPMS Open 2007 Best-in-Show Award was this diorama by Ulf Blomgren, entitled Getting High in Low Countries. Its main subject is the "M" type balloon used by the British Air Ministry to distribute aerial propaganda leaflets during World War II. In september 1944, such sending of fake "Ausweis" (German identity papers) was sent from Kent, England with the hope of reaching Germany. As often, the balloon ended up somewhere else than intended...