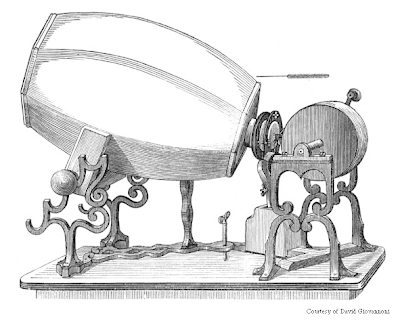 Two decades before Edison, Édouard-Léon Scott de Martinville recorded sound waves on soot blackened paper with no facility to listen to the recording. It seems Scott considered the technology as a sort of new written language that had more in common with stenography than listening to music. 148 years later, Lawrence Berkeley researchers have played back the track by scanning the original recording and interpreting the sound waves with an "optical stylus."

Link with a MP3 of the oldest known recording
Posted by Mister Jalopy at 9:42 AM
Email ThisBlogThis!Share to TwitterShare to FacebookShare to Pinterest
Newer Post Older Post Home