Interview with a Thrill Designer 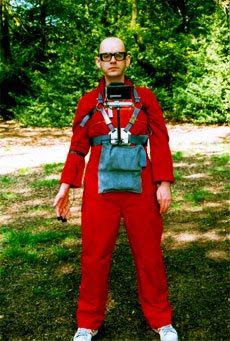 PingMag interviewed Brendan Walker, a former jet fighter designer who now develops theme park rides. He created a formula to predict the amount of thrill that can be derived from specific situations, and through experience and observation has developed a highly refined sense of reptilian emotions.

In dictionary terms, the differences are very subtle. But by my definition, thrill has high levels of both arousal and pleasure, whereas fright has high levels of arousal but low levels of pleasure. In terms of pleasure, ‘fright’ is exactly opposite to ‘thrill’. What’s interesting is that, in a horror film, tension and fright are unpleasurable. But from that low point, the pleasure has to increase to get back to “normal.” It’s the release from fright which people find thrilling.