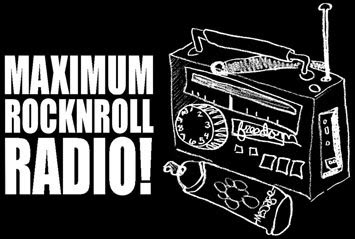 In the early nineties, I was an art student at a junior college in Santa Rosa, CA, and met this guy... Steve, I think... in my painting class. He was a pretty cool guy, sort of old guard punk, you know, in his late thirties, wore flannel shirts and had a somewhat jaded attitude, but still really down to earth and very likeable. You wouldn't even know he was into punk unless you talked to him about music.I don't remember any of his paintings (I barely remember my own from back then), but I guess we hit it off pretty good.

We got to talking about music and such, and I being the naive youngster and he being the older wiser, he bequeathed unto me these six tapes he recorded of the Maximum RocknRoll show back in 1982-84. These things were pretty damn crusty, like he had recorded the shows over some tapes he found rattling around on the floor of his Volvo, and I was kind of scared to listen to them too much (one was actually a 120 minute tape, and was shot by the time I got it). But I listened to them some, and enjoyed them as much as I was comfortable.

These tapes are superb artifacts from the US punk rock explosion of the early 1980s. For all but the most learned punk rock cognoscenti, there will undoubtedly be some killer tracks that you have never heard before. I had completely forgotten about LA punk band Legal Weapon, but what a great song. Ty ripped a total of 6 tapes, so let us know if you dig the MRR mayhem and we will put more up in future weeks.

Maximum RocknRoll Radio is an honorable volunteer organization that is still going strong and broadcasting weekly. Want to play the current show on your website/radio station/pirate station? Just download the mp3, send station details to MRR and rock it for free. Too cool. 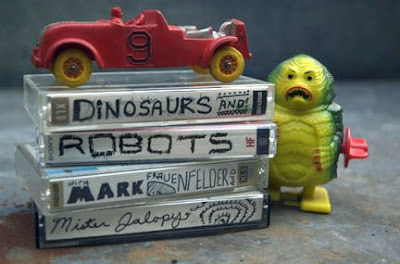