Another one for the cocopunk chronicles: 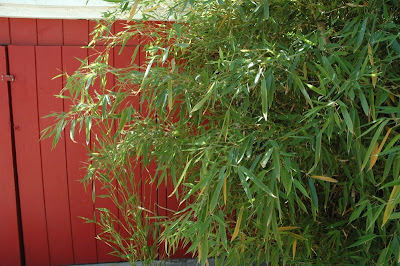 Rarely does it pay to be an idiot, but when it happens, I like to boast about it. I'm an idiot because I don't know what those sticks are called that allow you to open and close curtains. We needed a pair of those sticks for our new curtains, so I searched on Google, hoping I could order them online. I tried "curtain rods," which is the wrong term, of course. (Curtain rods are the poles that curtains hang from.)"Curtain pullers" and "curtain sticks" yielded nothing useful, either.

I gave up and was on the verge of driving to Home Depot to buy a pair of those hideous clear plastic sticks with a hexagonal cross section, which always remind me of a depressing airport-adjacent hotel. But I hate to leave my house even more than I dislike contemplating a problem, so my mind raced to find a way to get curtain sticks without having to leave the house and without having to keep guessing what they're really called. 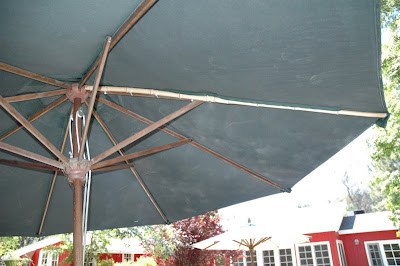 Then it hit me. Bamboo! I have a patch of bamboo growing in the backyard and it has proven to be both an enemy and a friend. Enemy because it grows really fast and overtakes the storage shed, and it is really hard to dig up the root clumps. Friend because occasionally I find a use for the bamboo. I've used bamboo as stakes to give potted plants something to grab onto so they can climb, and I even used it to repair of one the "ribs" (is that what they're called? I don't know -- I'm an idiot) on a shade umbrella. 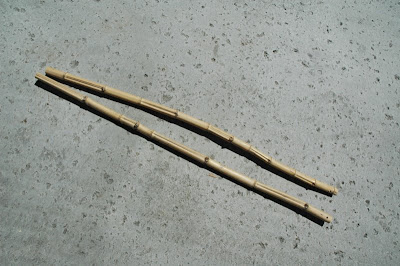 I found an old length of bamboo leaning against my storage shed, cut it in half, drilled holes in one end, and threaded a couple of extra shower rings I had. 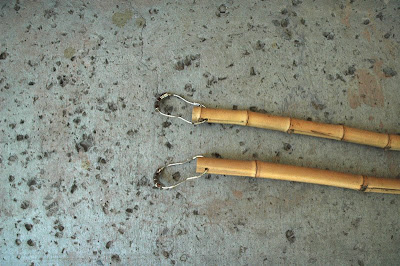 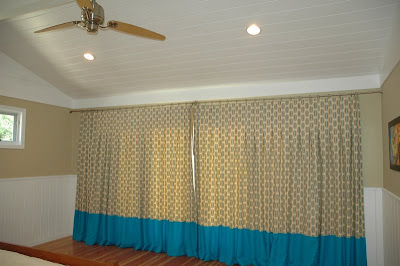 Not too shabby! Bamboo is becoming more of a friend and less of an enemy as time goes by.

UPDATE: D+R blogger emeritus and cocopunk pioneer Steve Lodefink says: "Apparently they call them 'batons,' and check it out. It looks as though you just saved yourself $126.oo"
Posted by Frauenfelder at 2:12 PM
Email ThisBlogThis!Share to TwitterShare to FacebookShare to Pinterest
Newer Post Older Post Home