Our family had a remote control 15" Sony Trinitron and a steadfast bedtime set at 9 PM. Comparatively, my grandparents had console televisions, cocktail hour started at 4 PM and dinner was served at 10. Though they were out in the country, these late nights were shockingly cosmopolitan, shared with Johnny Carson and late night movies.

At the time, the console TV already seemed antiquated but it also elevated the content to an almost respectable level. My grandparents didn't watch Three's Company or Scooby-Doo, probably out of deference to the console television. 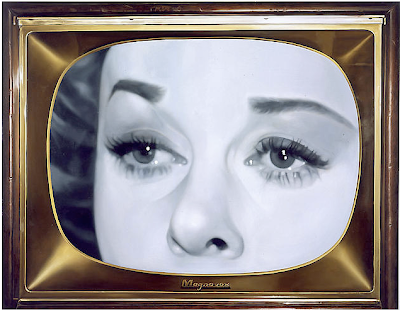