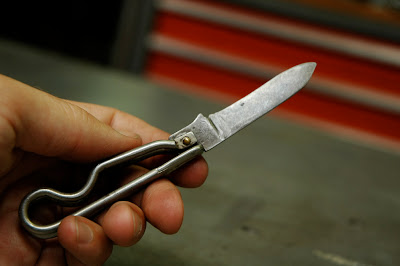 Although some modern problems present new challenges based on changing technology, the vast number of issues facing people have been around for tens and hundreds and thousands of years. How to slice an apple. How to carve a point on a stick. How to open a sealed envelope. These issues have been solved.

There were marketplace realities of "the good old days" that required companies to design, manufacture and support their products in a more engaged and honorable manner. Transportation costs were high, labor was cheap, raw materials were expensive and the average standard of living- in terms of disposable income - was lower. Today, an imported pocket knife is so cheap and represents such a low portion of your annual income that you are willing to accept a far lower standard of engineering, manufacture and serviceability. The buyer acknowledges that the knife is disposable. However, if a pocket knife costs as much as a day's wages, the individual has far different expectations of what the knife should be.

The market realities that forced the superior business model of integrity and serviceability have changed. Now, it is a choice that we must make. How many imported pocket knives do we want to buy over our lifetimes? How willing are you to support a local economy? How many shipping containers of cheap junk are you going to buy? Most importantly, wouldn't you rather use an elegant tool each day than continually replace junk knives?

There is a benefit to low prices, cheap transportation and high wages in that everybody can afford to have ten pocket knives, but is that any better than having one serviceable knife that would last a lifetime? 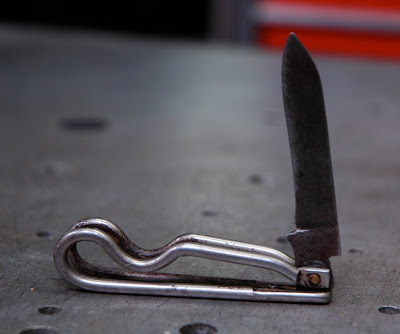 Constructed of just three components, the Case XX Wire Jack is the most elegant pocket knife I have ever seen. Typically, the pocket knife housing would be constructed of multiple steel plates sandwiching the blade and a chunk of spring steel within. Originally patented in 1914, the wire jack uses a single piece of artfully bent wire to create the handle, housing and spring.

The rise of imported products is often justified by the high cost of repair. This is an artificial condition created by shortsighted engineering and lack of interest in serviceability

Consider what a Case repair shop would look like. A stock of replacement blades and spring steel wire handles. A baby food jar of brass rivets. A hand operated riveter to press in new rivets. Some sort of clipper to snip the head of the old rivet and a drift to knock out the rivet. Add a sharpening stone, a can of oil and ten brand new knives and the entire dealership/repair center would fit into a lunch pail.

The Case XX Wire Jack is a product I would be honored to sell, support and repair. 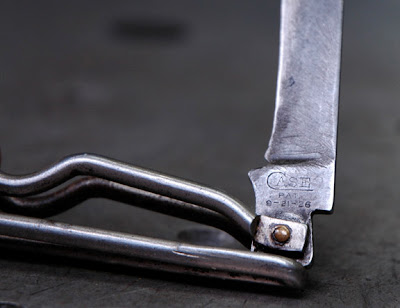