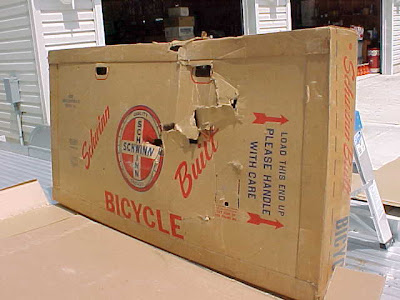 Everybody dreams of stories like this. Harry Wong won a 26" Schwinn Phantom in a 1950 Duncan YoYo Contest but never removed the bicycle from the box. When an ad showed up on craigslist for the brand new 57 year old bike, the Schwinn Collector's Forum voiced considerable (warranted) skepticism. One fella persevered and now he owns the ultimate Schwinn:

There has been so much talk and skepticism about this NOS 1950's Schwinn Phantom still in the original box. To all the people who said the bike never existed, it was "a scam", the postee is full of bull, hope UPS runs it over with a forklift and so on, etc... I think you were all proven wrong!

The bike DOES exist and it now resides in New Jersey. I'm going to share the facts of the bike. In 1950, Henry Wong was a participant in a Duncan YoYo contest. The grand prize was a brand new Schwinn Phantom 26" bicycle.

Two weeks ago when I saw the post on the Page, I figured let me call this guy and see if this is for real. I left a message. A gentleman called me back and said his name was Henry and that he did have the bike. We chatted a while about it and I said that I would take the bike. All I needed was him to send me some detailed photos of the box. He replied, "fine." I waited and waited, but I never heard back from him for two or three days. I knew he probably SOLD local. I finally called him back and said, "Henry, this is John from Jersey. What are we doing on the bike?" He said, "I was waiting to get the pictures developed." It was obvious that he used a 35mm pic and then made color copies and faxed me the photos. That's when I almost fell over and could not believe my eyes. It was the real deal. 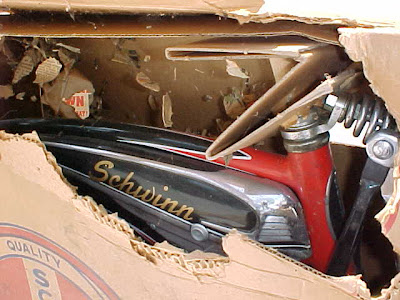 The thread petered out in July of 2007 and I don't see if the lucky buyer ended up unboxing the Duncan Grand Prize but box damage did allow a wonderful hidden view inside the box. 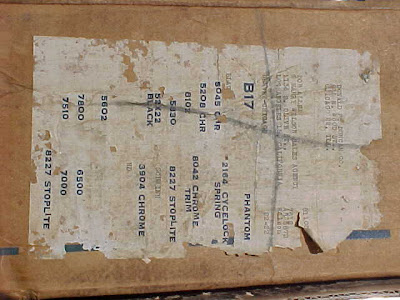 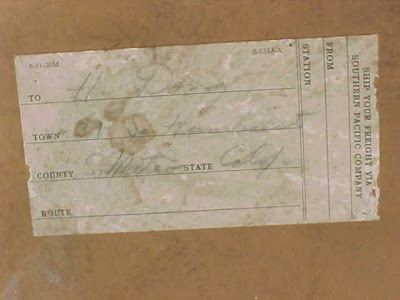