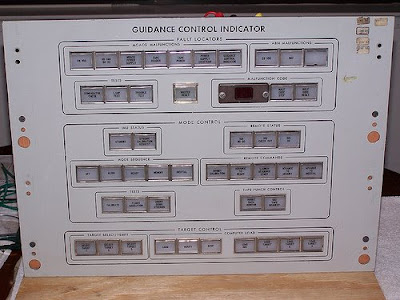 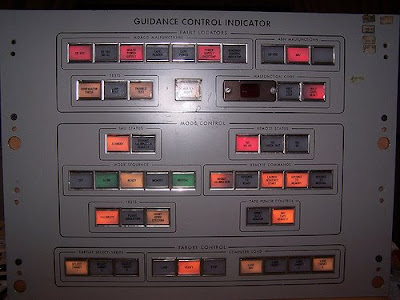 Flickr user wlsilva is the proud owner of a blinky control panel removed from a U.S. ballistic missile silo, and I am very jealous. He says:

This is one of my most prized panels, it is the guidance control panel from a Titan 2 missile site that I found sitting in surplus store!

Notice how he very shrewdly doesn't mention *which* surplus store sold it to him. Smart. Very smart. Did I mention that I was jealous? Very jealous.

And to make matters even worse, he also owns a Nixie tube countdown clock removed from a Thor missile site, and it still works like new: 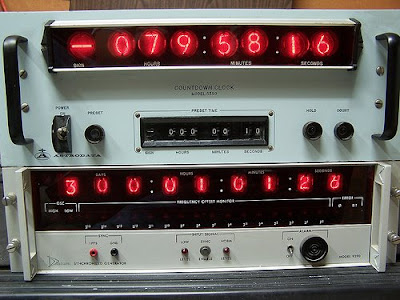 That heavy feeling in my heart? It's called *lust*.