World of Interiors by Anne Hardy 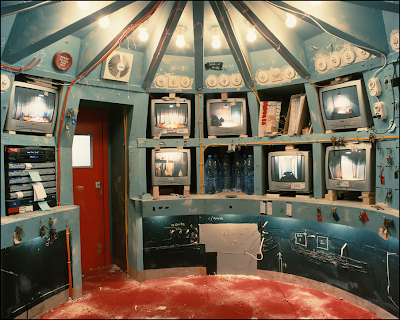 Building, 2006
Anne Hardy builds fictional interiors as sets for her photographs. Rather than constructing simulacrums of private or public spaces, Anne builds rooms that seem to have a purpose in some alternate world. As voyeurs, we have all seen private bedrooms but there is something terrifically more compelling about these semi-public spaces that we imagine behind every closed door.

Everything in each image is entirely constructed. The point of the construction for me, as opposed to working with found spaces, is that what is rendered is entirely fictional. It is important to me that there is not a definitive explanation for any of these places you see in the images that is tied back to somewhere that really exists. 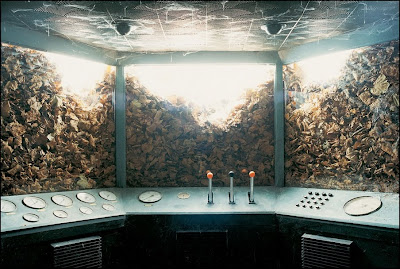 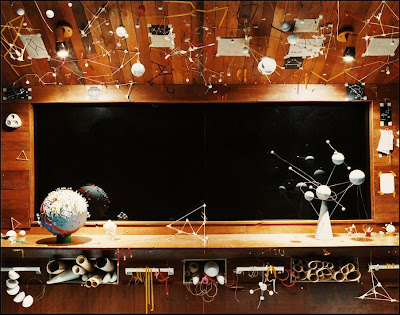