Blog about Rare and Desired Books

Bookride is a treasure of a blog. It's written by a rare book dealer who shares enthralling accounts of house calls (appraising and buying private libraries, including one instance where he entered the residence of a very wealthy person and had to walk past an orgy-in-progress to reach the book shelf) and other rare book scores. 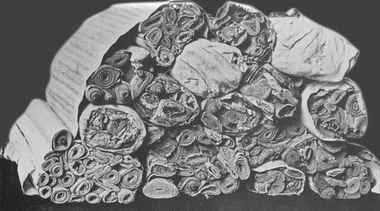 In 1907, during his second expedition to Chinese Central Asia, Sir Aurel Stein, a Hungarian-born British archaeologist, encountered a monk who showed him a hoard of manuscripts preserved in a cave near Dunhuang. Dunhuang was close by the historic junction of the Northern and Southern Silk Roads and the town had been a major point of interchange between China and the outside world during the Han and Tang dynasties. According to the British Museum 'very little money was paid' and 40,000 books and manuscripts were brought back to the Library and now form part of their collection of 100,000 such items.

Among the books (actually a 16 foot printed scroll) was Gautama Buddha's Diamond Sutra ("The Sutra of the Perfection of Wisdom of the Diamond that Cuts Through Illusion") the earliest known dated book in the world and of inestimable value.