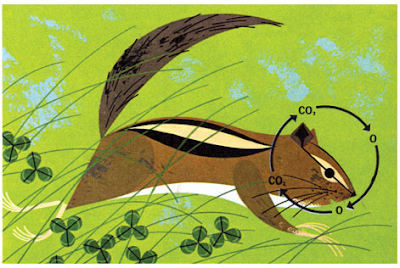 For a period of time, it really seems like Simon and Schuster's Golden Books imprint could do no wrong. There were the charming Little Golden Books (sampled here) of sweet stories written and illustrated by Mary Blair, Richard Scarry, Margaret Wise Brown and a zillion other talented individuals. Even better were the big Golden Books that covered more scholarly topics like mathematics and chemistry, and the Giant Golden Book of Biology, amazingly illustrated by D+R favorite, Charley Harper. I appreciate Simon and Schuster's investment in illustration that continues to impress.

From here on out, I will buy every garage sale Golden Book. And I suggest you do the same, even if it is only for pure monetary Golden Book pork belly speculation, as the Giant Golden Book of Biology sold on eBay for a staggering $765. 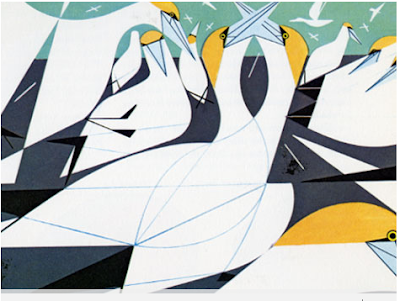 Golden Book of Chemistry, torrents and appreciation by Mark Frauenfelder

Previously on D+R, Mr. Harper's poster for the Cornell Lab of Orinthology
Posted by Mister Jalopy at 8:35 AM
Email ThisBlogThis!Share to TwitterShare to FacebookShare to Pinterest
Newer Post Older Post Home