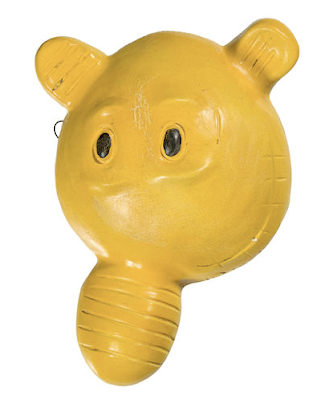 Admittedly, I didn't know there was such a thing as figural string holders. Cast of plaster, I imagine many of these broke on kitchen floors during parcel tying mishaps. Given the charm and fragility, it stands to reason that a Felix string holder would command a high price. One would guess $100 expensive, not $1200!

As I use kitchen twine pretty regularly for everything from trussing chickens to tying packages, I could really use a more modestly priced twine dispenser that sacrifices rarity and history but not charm. 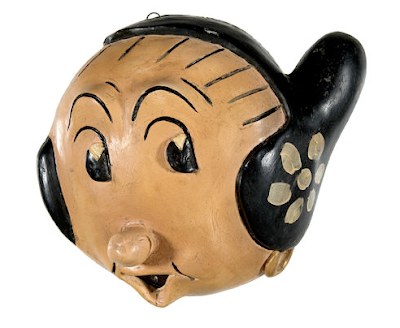 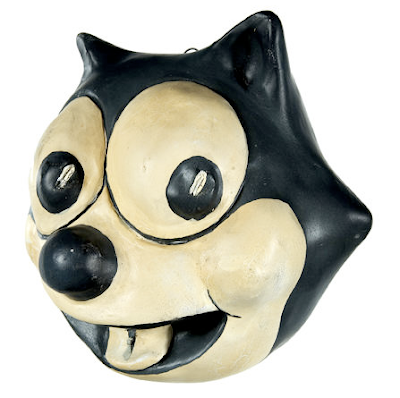