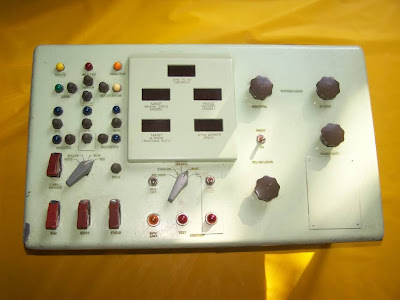 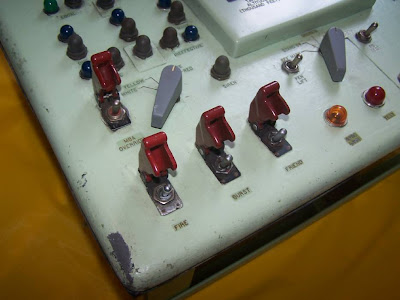 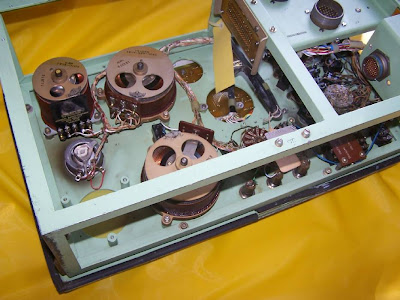 Recently, I posted to D+R about Flickr user wlsilva and his fabulous collection of control panels salvaged from various U.S. military missile bases. Since then, I've been in touch with the wlsilva, and it turns out he's a very friendly and collegial gent. (I love it when that happens.)

Anyhow, in order to purchase some new stuff, he's currently selling off some surplus control panels from his collection. Right now he's got a launch control panel from a former Nike Hercules missile base for sale on eBay. If you've ever wanted to re-enact Dr. Strangelove or WarGames from the safety and comfort of your own fallout shelter, this may be an essential piece of equipment:

This is a Launch control panel that came out of a Nike Hercules missile air defense site. This is a ultra rare, just about impossible to find item, the Nike missile system and sites was used from the 50's to the 70's to defend most major U.S. cities from Russian bomber attack.

The Nike missile was a ground to air missile that used conventional and Nuclear warheads to attack targets, this panel was used in the main control trailer and was used to launch the missile, display missile information, and to send site status to the rest of the missile installation.

This panel was one of my prize pieces of my military panel collection, but I am trying to purchase another wanted item so I am listing this unit for auction.

The panel is complete, and in very good condition, as removed from its installation. All the switches, panel lights, missile display, and rheostats are in functional shape. There are 17 photos in the auction, the last photo shows a picture of the Nike missile control trailer so you can see where the panel was installed when it was in use. (you are only bidding on the launch panel, NOT the trailer in the last picture)

Because of the items nature, it is sold as is, since I dont have a Nike missile site to plug it in to test it :)

My photos of SF-88, a restored Nike Hercules base near San Francisco.
Posted by Todd Lappin/Telstar Logistics at 8:03 AM
Email ThisBlogThis!Share to TwitterShare to FacebookShare to Pinterest
Newer Post Older Post Home