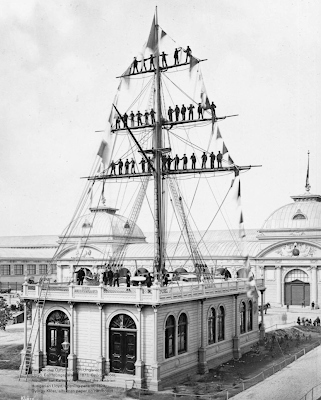 Above is the fantastic pavilion of the Austo-Hungarian Lloyd, at the Vienna World's Fair, in 1873. What a proud crew! And of course they're proud; it was the fifth expo to ever be held, and the first in a German-speaking country.

Vienna was ready to show the world just how cosmopolitan and economically powerful they really were. Unfortunately, just a few days after the opening ceremony, their stock market crashed. There was some serious weeping and gnashing of teeth. And severe unemployment and depression. 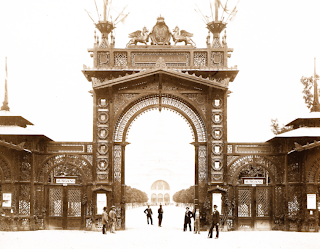 After that, the cholera epidemic began to spread, which was kind to no one, including visitors of the fair.

And then... the floods. Which damaged many of the buildings, and that really sent things to hell.

All in all, it was a financial disaster; Vienna never again hosted another fair.