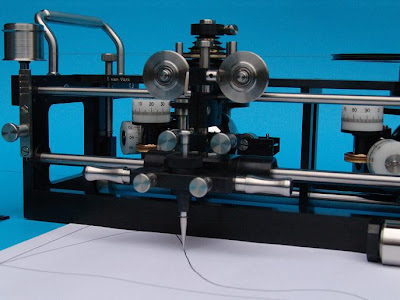 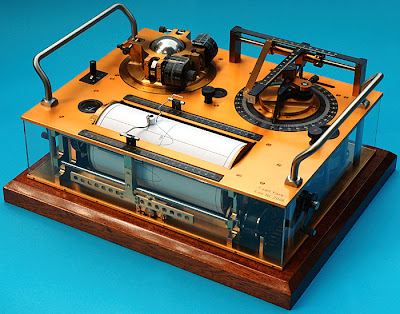 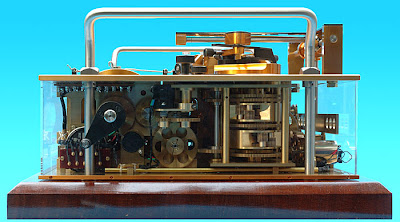 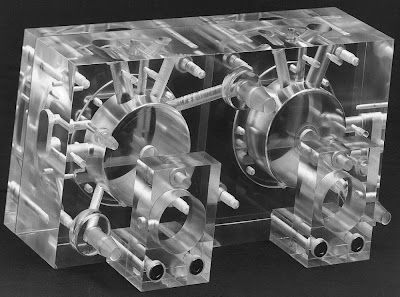 Representative Example of Machined Plexiglass
Tatjana van Vark is certainly a committed engineer, curator, archivist and artist, though I am not clear what precisely is going on. If forced to describe, I would say that Tatjana builds cold war era machines to exhibit the complexities of physics. We are lucky to be spectators to the complex and esoteric world that Tatjana inhabits. 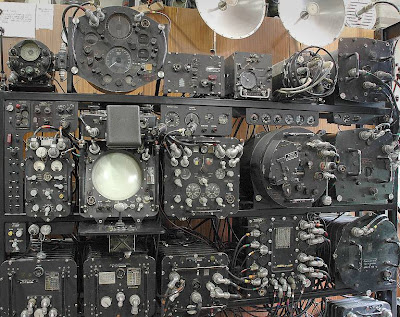 Navigation and Bombing System
Common folks like myself would be quite content to own a chunk of an H2S Mk 9A Navigation and Bombing Computer, which was used in V-bombers Victor, Vulcan and Valiant. The uncommon Tatjana collected the (almost) complete components, assembled them to specification, built tools for the specialized cable connectors and replicated a working installation to allow the interested hobbyist to perform mock bombing campaigns from the comfort of home.

With a background of mini-blinds and wood paneling, the movies of the H2S MK 9A in operation are certain to impress.

Tatjana van Vark
The H2s MK 9A Bombing and Navigation System
For those of the strongest character, the Making of the Harmonium