I Want to Ride My Bicycle 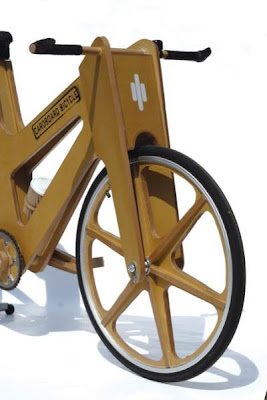 In England, a bike is stolen every 71 seconds. So why own a pricey, tempting bike? This was Phil Bridge's philosophy when creating the $30 cardboard bike: to create a bike that no one would would want to steal. And if they did... no huge loss. The bike is made almost exclusively from a strong material called hexacomb, traditionally used for partition walling (which also happens to be waterproof). The only non-cardboard materials on the bike are the traditional tires and chain. To top it all off... the bike looks pretty amazing.