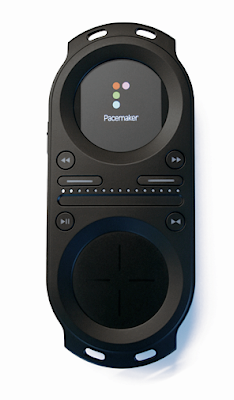 The Pacemaker hand held DJ is easy to covet but difficult to describe. All the key DJ tricks for beat mixing are packed into one gadget with a robust PC/Mac editing application for finishing up your set list. 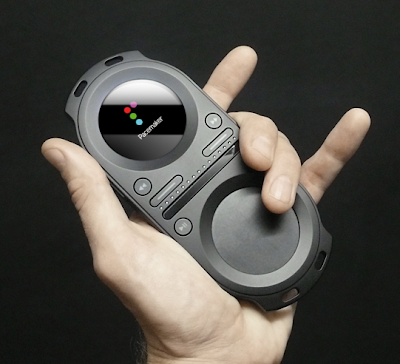 Pacemaker has done an admirable job of engaging with the community of amateur Pacemaker DJs by providing a library of user-created mixes. In addition to track listings, it also shows which Pacemaker functionality was used to create the set list.

At over $800, Pacemaker has a considerable challenge in selling these pricey toys. To find their market, they offer the feature rich PC/Mac editor version as a free download. That is some chunk of software. Just look at the size of the faux box required to hold all those features!

As an unabashed fan of big, trashy house music, the mix archive immediately proved to be a treasure trove of the exact sort of club anthem house that gets me motivated to perform rental car acrobatics. I recommend db licious "Sexy House".