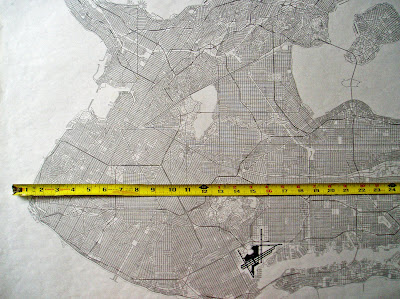 Michael Chesko's work deserves all the attention it can get. In 1988 he began designs on Britannica... a fantastic metropolitan city, larger than L.A.. It's massive and complex. He calls it his "imagination run amok" – his "Magnum Opus", and yet none but his family and a few friends have been lucky enough to enjoy it. When he sent these photos a couple days ago, he seemed almost surprised I was interested. 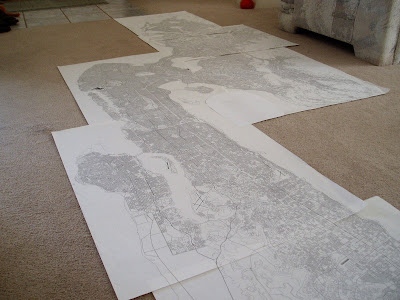 A number of years back, he finally abandoned Britannica and began carving real cities into miniatures, which is what he currently does. Here's his scale model of Midtown Manhattan , his most ambitious scale model to date. But I'm most impressed by the sheer creativity of Britannica. I think it belongs in a museum or a gallery.

Here's what Chesko has to say about his Britannica,

It begins with a series of maps scaled 1 inch to a mile. Britannica is a city of roughly 400 square miles that contains over 10 million people. It is surrounded by hundreds of suburbs, and the maps when connected portray a metropolitan area over 150 miles wide.

I recently went to Wikipedia to see a map of Gotham City drawn by Eliot R. Brown. My Britannica map is drawn in very similar style, only it makes this rendition of Gotham City look like Hooterville. I also copied maps of the Los Angeles metropolitan area to the same scale, spliced them together, and put them beside Britannica - and Britannica is considerably larger. I have drawn more streets and freeways for Britannica than the whole Los Angeles metropolitan area has in reality. Britannica is easily as intricate and complicated as New York.

The buildings in Britannica are gigantic. They are ruled by a Titan called Britannica Rex, (the locals call it The Rex), a soaring spectacle reminiscent of the Empire State Building - only it is 2,400 feet tall. In addition to Britannica Rex there is the New World Center, an incredibly massive skyscraper over 2,025 feet tall. Britannica has more than 20 skyscrapers over a thousand feet, and I have modeled them all. Yes!

Although it is incomplete, I have a model of downtown Britannica that is slightly larger than the Midtown model of New York. All my models are the same scale, 1:3200. I wouldn’t have it any other way. 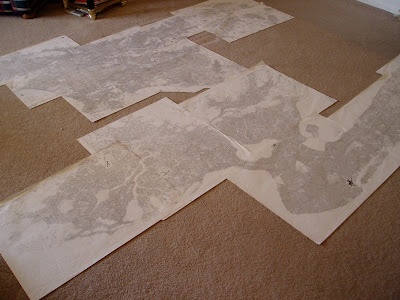 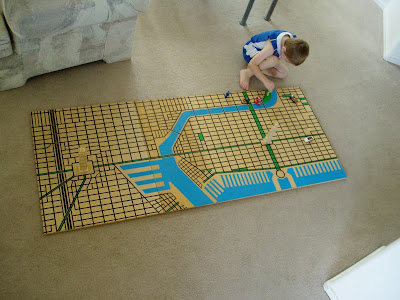