Doggie Diner and the Dogminican Order 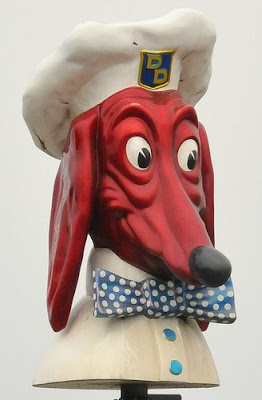 Click all photos to enlarge – Society in Decline
In case you're not aware of His Illustrious Canine Greatness, I've posted the above photo of the (restored) Doggie Diner Head. According to the Doggie Dinner web site...

The City of San Francisco did the right thing and completely restored the Doggie Diner Dog Head that fell down at the Carousel Restaurant on April 1st of this year [2001]. They have actually made the Doggie better than ever.

Personally, I have to agree... this dog looks great. And though the restoration isn't exactly hot off the press, it's still important to continually keep His Eminence in the forefront of our collective consciousness. I'm sure the Holy Trinity of the Dogminican Order (below) would heartily agree (as do the throngs of the steadfast)... 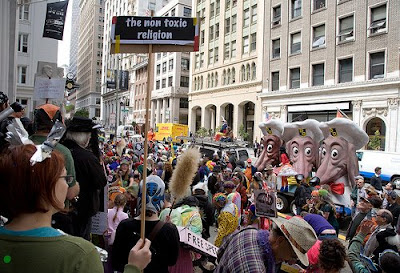 The masses and the Holy Trinity – Scott Beale

To tell you honestly, I have no idea what the doctrine of this church really is, but there's growing proof of the great Dog's omnipotence (or territory). Here I've collected just a few examples of his Kingdom on earth... 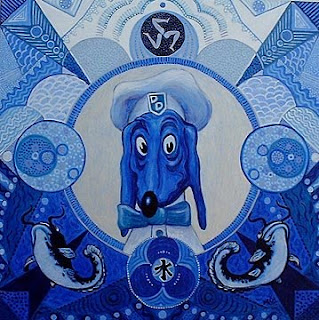 Doggie Mandala (with catfish, in blue), by Anna Conti 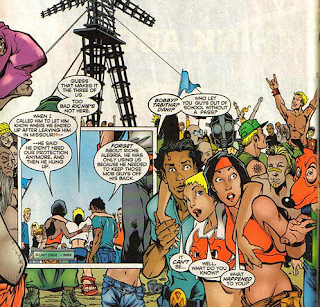 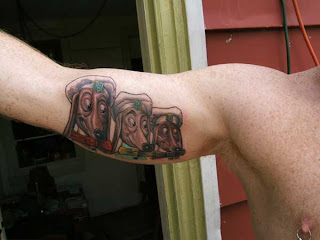 This man awakened one morning to find the Dogminican Trinity emblazoned upon his arm: nothing less than a miracle! 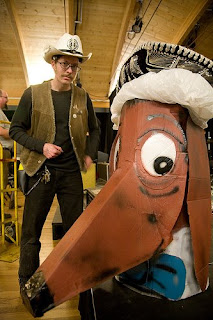 First Joey 2:12: "Thou shalt put no other false Dogs before thee." 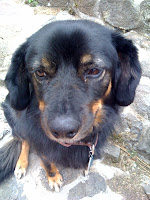