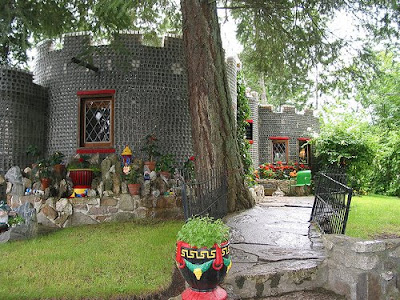 Your post about the square heineken bottles reminded me of a curiosity that is still standing in my hometown of Boswell BC. 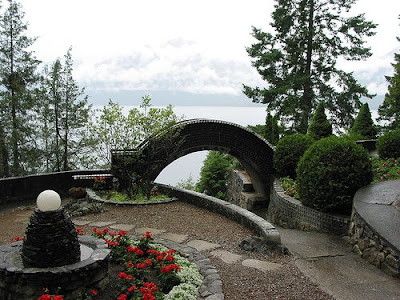 Photo: Christopher Armstrong
From the Boswell, BC site:

The famous Glass House in Boswell features half a million empty embalming fluid bottles used to build a curiously beautiful house. The house was begun in 1952 when the late David H. Brown retired from thirty five years in the funeral business. Starting the house "to indulge a whim of a peculiar nature", the retired undertaker travelled western Canada collecting bottles from friends in the funeral profession to add to his own collection, until he had acquired half a million of the square shaped bottles, weighing 250 tons in all. The Glass House was meant to the Brown's home, but the project attracted the curiosity of passers-by from the start. Finally, suffering from complete lack of privacy, they employed a staff and admitted the curious to view their masterpiece.

Half a million bottles! That is a lot of embalming fluid. Thank goodness the funerary supply company did not change the bottle or Mr. Brown would have been in a real pickle.