Jested Tower and the Imperial City 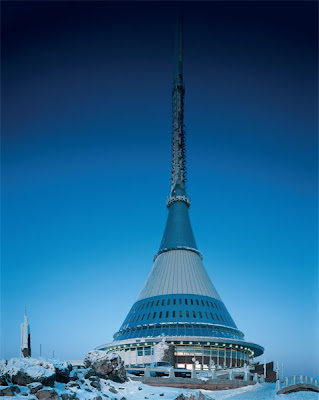 While flipping through the Sept/Oct '08 I.D. magazine, I came across the above photo of Jested TV Tower, conceived and constructed deep behind the iron curtain in 1963. It's got to be the sexiest TV antenna I've ever seen.

... And you can spend the night there! It's a decent hotel and restaurant, all decked out with mod spy decor, lovingly preserved from the 1960's (as you can tell from this photo, below)... 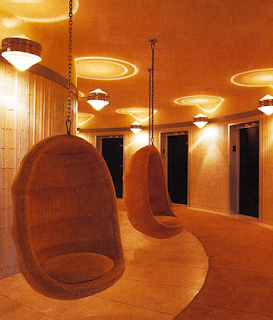 But does the tower look at all familiar? If you're a fan of Ralph McQuarrie, you may feel (like I did) that you've seen it before. So I pulled out my old Art of The Empire Strikes Back and found this... 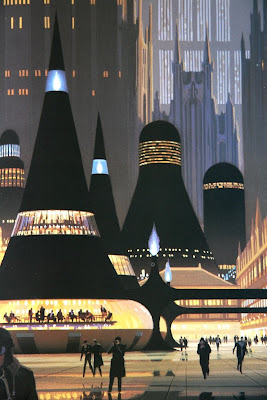 McQuarrie designed this building for the Imperial City, but it was never used due to decisions on the part of George Lucas. I'm sure McQuarrie never saw the Jested Tower (unless he was some sort top-secret Russian spy whose job it was to infiltrate the top tiers of Hollywood) but the similarities between the two designs are at least interesting.

Here's the tower at night... 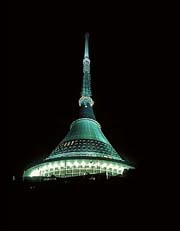