Yesterday, Edward Lifson talked about a great many things from the clarity of a well-designed machine to the similarities in teaching across cultures and disciplines. A particular point that I found fascinating was the idea of learning architecture from the most fundamental building blocks - literally. Start with two blocks and build from there. I asked for more information and Edward graciously sent a fascinating email on Mies van der Rohe as educator. Naturally, I inquired if I could post it on D+R. Edward agreed, so here is his guest blogger post. 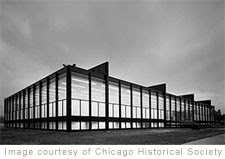 I write often about Mies on my blog. I love the way he uses few materials. Honest materials for our age. He uses them honestly - his steel does what steel does, and he shows it doing it. And inside- you find some ineffable quality of light and connection to nature and to the city around you that is beautiful, uplifting, and defies description.

Mies directed the Bauhaus from 1930 until the Nazis shut it down in 1933. He then transferred his curriculum to the Illinois Institute of Technology, for which he also designed the campus, including the masterpiece Crown Hall - the Architecture and Design School.

And then Mies said ... "Now let's really build something. Now we'll start with bricks." ... [An assistant] carried the cigar box filled with small bricks. Then Mies said, "Now we'll lay a brick wall." ... They must be bonded, really nicely bonded." Then the laying began. And then he said, "Make a corner!" Then the reflection: "There is a German bond, a Gothic bond, a Polish bond, an English bond. Make these! ... " The house, built later, was not only a good house, but every brick fit perfectly and every brick was deliberate. Everything was such purity of thought, unbroken, so absolutely correct. And yet it had to be imaginative and be attractive. It couldn't just be an orderly collection of stones.... Here lay the essence of the task. When we all first began with bricks, I was, of course, speechless, but assumed there was a deeper purpose.... [If a student] would say, "I would think…" At that, Mies would always interject, "Never think, always try!" ... Mies could convince people that these simple things were of great importance. 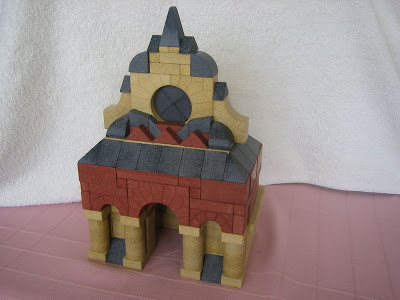 I don't want to be interesting. I want to be good.
-Ludwig Mies van der Rohe