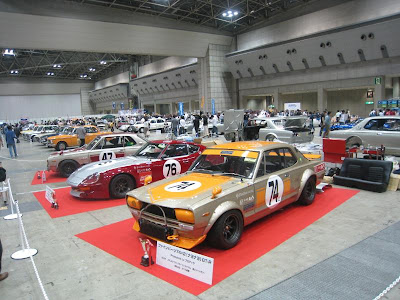 Full photo set at the Japanese Nostalgic Car forums from the 2008 show. I am powerless when it comes to the Hakosuka touring car look of bolt-on fender flares, plastic headlight covers, fender mount rear view mirrors and precariously mounted oil coolers on the front spoiler. Such a racy look. 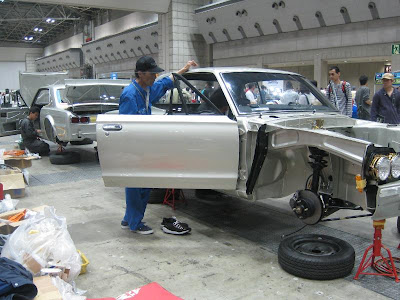 The fellows from Fine Parts were reassembling two cars live. 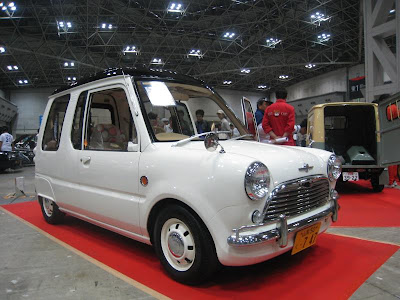 The front of a vintage Mini mated to a modern Subaru/Mitsubishi/Who-knows-what.