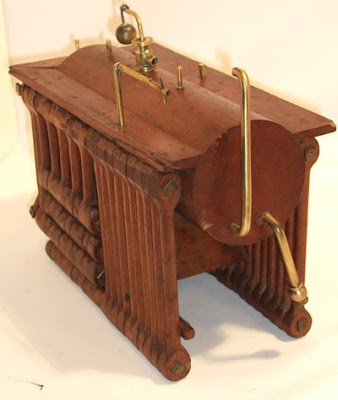 Ok. This starts simply enough with an advertisement in the New York Times for real-live-actual models from the U.S. Patent Department. We learn from wikipedia, that the Patent Department required actual working models for every patent from 1790 to 1880. Though the requirement ended in 1880, inventors could submit a model to clarify the unique qualities of their invention. There is a sanity to this approach, I must say. The clarity that patents apply only to technology that can be replicated in a cubic foot model. How would Amazon have modeled their shopping cart?

In 1925, the U.S. Patent Office auctioned off the models and Henry Wellcome bought the collection with an eye towards a future museum before the Great Depression sunk his museum budget. The collection was split and sold 37 different ways with a big chunk of the collection going to the U.S. Patent Model Foundation. They are now selling artifacts at the New York Times Store. That is how this all started.

Some of the items at the New York Times Store are interesting, but more than a few of them are obvious clunkers - like the 1879 rubber mat. 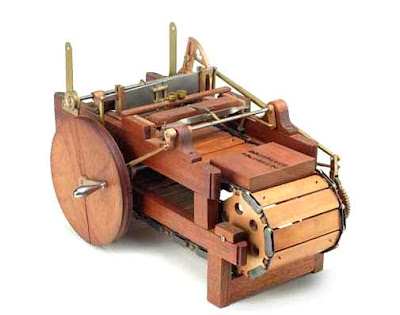 The wikipedia article seems to suggest that the U.S. Patent Model Foundation may be less than perfect stewards. Hard to say, as they don't seem to maintain much of a web presence. Regardless, it seems the best stuff is at Rothschild Petersen Patent Model Museum. 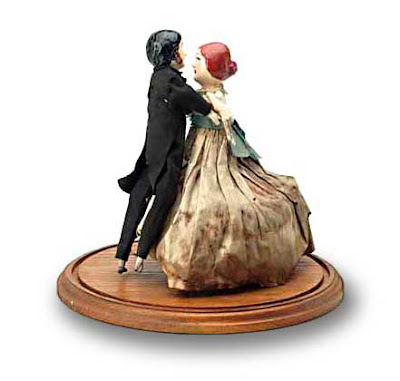 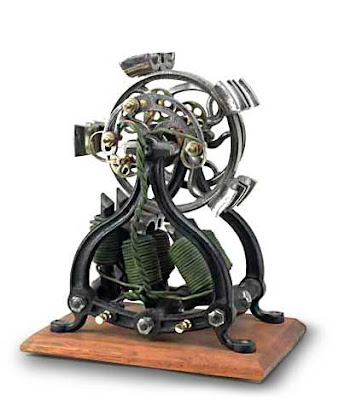 Electro Magnetic Motor at Rothschild Petersen Patent Museum
Sure, they are charming and beautiful, but I think the striking thing about the patent models is the level of finish, materials and craftsmanship. Ostensibly, they were only required to present the mechanics of the system and the appearance would have no bearing. But, there they are. Polished brass and mahogany, with every element correct to the most minor detail. Naturally, if I was required to send a model of an invention, the patent office would receive a crude Post-It Note, paper clip and chewing gum contraption but these folks were sending their INVENTION to the PATENT OFFICE in WASHINGTON, D.C.