Calder, Part II: As Reported by the New Yorker 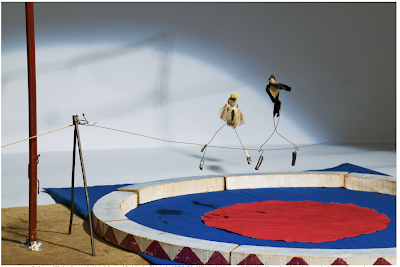 As is often the case, the way I learned of the Calder exhibit was by way of my beloved New Yorker magazine. At times, I will put up a bit of a fight about the perceived snooty attitude of my favorite magazine but, folks, let's face facts, their snobbery is at the core of the magazine's appeal.

Does any self-respecting twenty-first-century child, of any age, genuinely enjoy the parlor whimsies of Calder’s “Circus,” with its awful confidence of being irresistible?

Well, damningly, I do genuinely enjoy Calder's circus, but no more than I enjoy the awful confidence of that sentence!

Critic's Notebook on Alexander Calder: The Paris Years at the Whitney