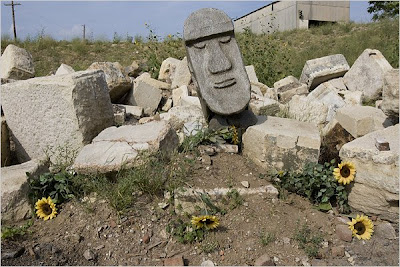 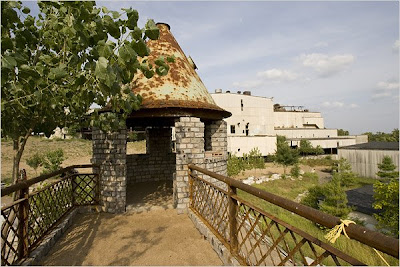 Imagine a park peppered with Mr. Cassilly’s lively animal sculptures, but also with obsolete cement-making machinery grinding away, industrial silos and other remnants of the 54-acre former factory. Then add navigable waterways, waterfalls and beaches atop dirt hills...

“I originally knew it was going to be a sculpture park, kind of an earth sculpture, but I didn’t know how, exactly, I was going to do it or what the form was,” he said. “I like to leave myself as open as possible.”