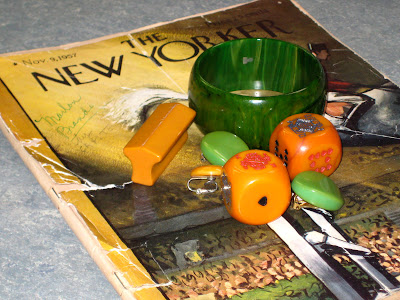 A good day for bakelite.
Though difficult to read, the cover of the Nov 9, 1957 New Yorker is marked "Marlon Brando" in green pen. At a later point, "by Capote" was added underneath in pencil. Indeed, the Profile is about Capote joining Brando in Kyoto, Japan while he was working on Sayonara.

Brando, inspired by Japan, describes the life he intended to live upon returning to the US: 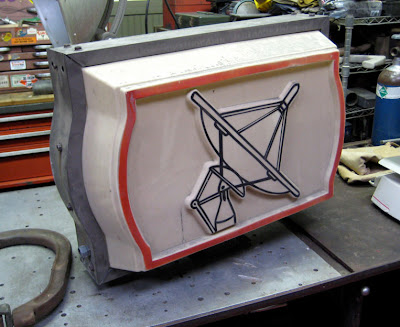 When I bought this sign, an incredulous fellow garage sale shopper asked what I was going to do with it. It was not curiosity, but a damnation of my folly.

"I will install it in my workshop as an homage to the impact that satellite technology has had on our lives."

He was not placated. 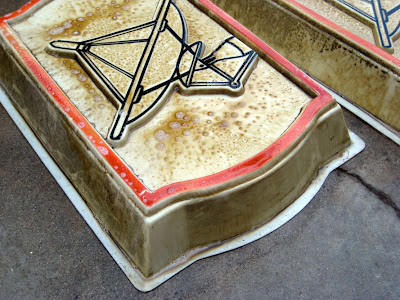 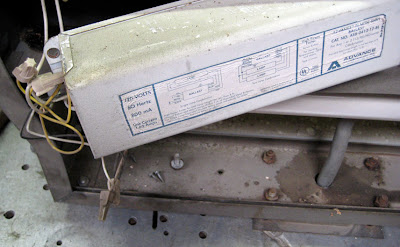 The loose ballast was held with a single bolt.
Astute readers will note the extra hardware littering the inside of the light box. I hoped it would be an hour project, but the bulbs are shot. The ballast may be toast as well, but I am trying bulbs first. Stay tuned for the completed and installed sign. 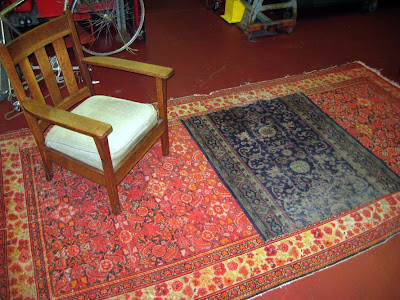 Nothing ties together a workshop better than a semi-antique, handmade rug. Naturally, this $5 rug had a giant hole in the middle but I suspect few will notice after I made this inconspicuous repair.
Posted by Mister Jalopy at 5:47 PM
Email ThisBlogThis!Share to TwitterShare to FacebookShare to Pinterest
Newer Post Older Post Home