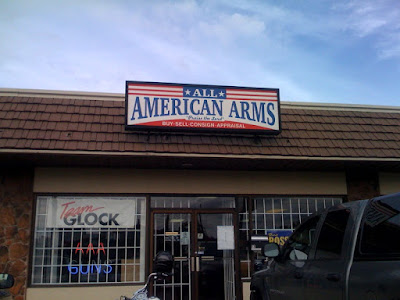 Our daughter is in 4-H which is why I found myself at a 4-H meeting last night - a great American tradition! This was a recruitment fair of sorts, so all the major clubs were represented... Horse back riding. Dog training. Sewing (young ladies only, please). Cow-raising (or whatever the hell it's called). Oratory. Robotics (okay, this was kinda cool). And... Firearms.

I must have had a glazed expression while standing there, staring at those adorable gun posters, all of them drawn by children 12 and under – they diligently labeled the mechanics of shotguns and handguns with such skill for their age. Barrel, stock, sight, trigger, etc... And so I really didn't notice (because if I had, I would have run away) when this guy walked up to me and said, "You got a son interested in guns?" And he proceeds to tell me that my 11 year old can join the club and he'll be qualified to shoot a gun during the first night. He ushers me over to the booth to let me in on an even better scoop: this year, the 4-H gun club is being sponsored by our city – the fine city of Spokane, WA – and so I won't have to purchase a shotgun for my child. Or ammunition. As if to prove his point, he artfully waves his hand across four or five sample shotguns, each in different child-friendly colors (pink for the gun loving girls).

At first I was peeved but, upon deeper reflection, I've realized taxpayer-sponsored guns for children is a good and honest thing because marksmanship is right up there with godliness (I'm sure I once read something like that in the bible). 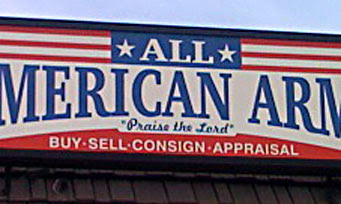