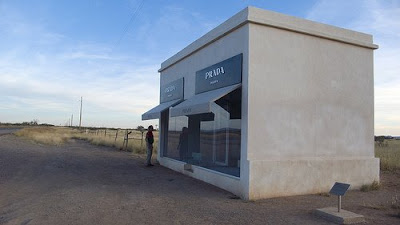 As our man Coop was in Mexico competing as co-driver in the Carrera Panamerica, I have been following his Flickr account as a sort of daily race update in photos. I was pleased to see some photos of the Prada store in Marfa. Whenever somebody tells me they have returned from Marfa, I inquire as to the status of my favorite retail flagship. 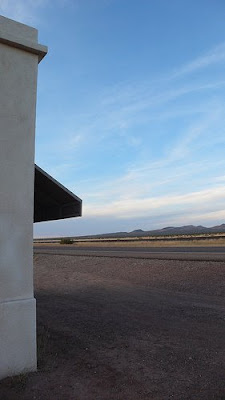