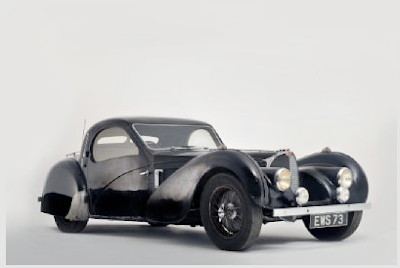 Whatever your particular interest, be it ukuleles or pogo sticks, there is a universally accepted ideal of plucking the Hope Diamond from the rubble. It is a bourgeois notion not unlike the ubiquitous coffee shop fantasy of 'rescuing' the pretty waitress and running off to Mexico. Our predictability is eclipsed only by our lack of imagination.

Certain that our uniquely refined aesthetic and compassion for the object aids in discovery, we optimistically search every thrift store back room and each garage sale jewelry box for the overlooked article that is waiting for our refined appreciation. Thus is the magic pull of the barn find. 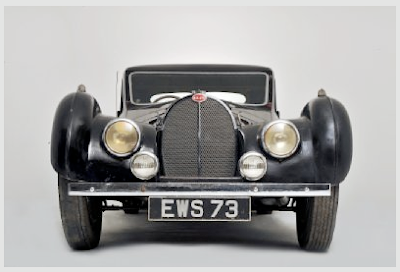 And we are all out there looking. Individually, we are looking for that particular article that would take the prized position in the curio cabinet. It is the object that we think about as we drift off to sleep, fully realized in every tiny detail. The real treasure hunt high wire act is identifying those treasured gems that are outside of our narrow interests. That is when you have gone pro. 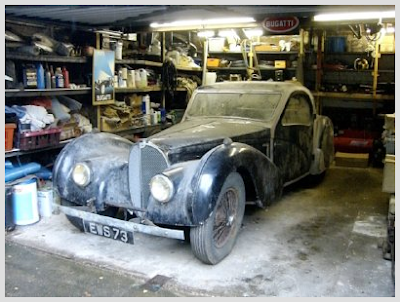 The 1937 Bugatti Type 57S originally owned by Earl Howe, whose existence has only been known to a handful of people during the last 50 years will be sold at Bonhams’ Retromobile sale in Paris on 7 February 2009.

The Bugatti with Atalante coachwork retains all the attributes that will ensure its appeal to the world’s most discerning collectors. It has a spectacular provenance having been owned by Earl Howe, Lord Ridley, Harold Carr and others; it has a continuous and chronicled history; and it has exceptional originality retaining original chassis, engine, drivetrain and body. It even has what appears to be a remarkably low mileage with an odometer reading of just 26,284. 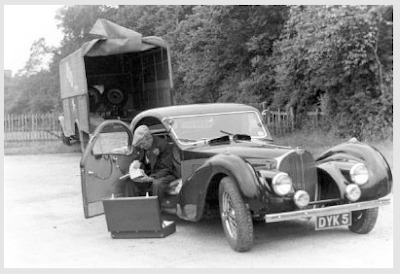