I'm fascinated with these photographs of the old Dutch Chocolate Shoppe in downtown Los Angeles. It may have been one of the most spectacular interiors in the the city. Just look at this place! Opened in 1914 to satisfy the new fad for hot chocolate, the architectural firm of Plummer and Feil commissioned ceramic tile-maker Ernest Batchelder to do the interior. 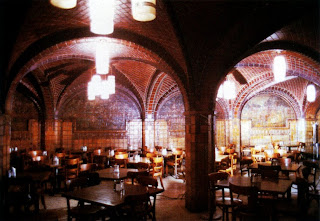 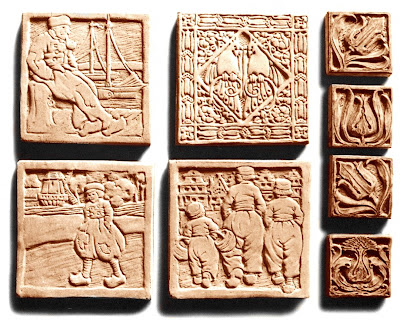 According to Batchelder historian Robert Winter, the cocoa-brown interior was modeled after a "kind of German bierstube, with arches and vaults covered with tiles."


The tiles, all made in Batchelder's Pasadena studio, were sculptured with fanciful Dutch scenes...the windmillls of Holland, dairy maids in wooden shoes, chandeliers of glass milk buckets...
Even more astounding, is this chocolatey interior still exists today, though in disrepair, serving as a souvie mini-mall for street vendors.

If anyone has the means to rescue this gem and restore it, I want to help! Los Angeles still needs a good place to get a hot chocolate.
Posted by Kevin Kidney at 8:14 PM
Email ThisBlogThis!Share to TwitterShare to FacebookShare to Pinterest
Newer Post Older Post Home