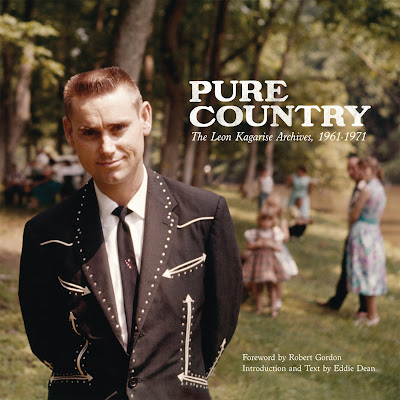 Recently, while having dinner with friends, this book appeared and stopped me cold. As interesting as my dinner companions were (and they were interesting) I immediately wanted to find a quiet corner and lose myself in the pages.

Throughout the ‘50s and ‘60s, many of country music’s biggest stars first won over their audiences on the small backwoods stages of rural America’s outdoor music parks. These intimate, $1-a-carload picnic concerts might have been forgotten if it hadn’t been for the documenting eye of music lover Leon Kagarise, whose candid photographs of the musicians and their fans provide the only surviving window into this long-vanished world.

Kagarise captured dozens of classic country and bluegrass artists in their prime, including Johnny Cash and June Carter, George Jones, Dolly Parton, Bill Monroe, Hank Snow, The Stanley Brothers, and many other greats.

Largely natural light, mostly outdoors, Leon's photos capture a formal showmanship that may be extinct. I don't long for the naive good old days as I don't believe they existed. However, I do think there is a sincerity of performance that could not happen at a picnic today. A bolo tie and ruffly skirt review would be impossible without an implied wink. I can't imagine what a similarly formal, modern performance would look like, but when I look at Leon's photos I do wonder about it a lot. 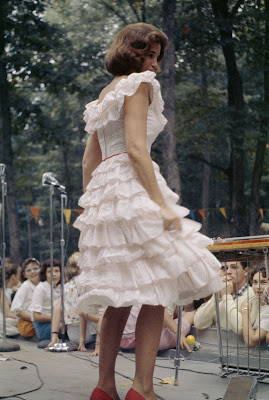 June Carter was so beautiful. And, she wore a ruffly skirt and growled. Jackson. I always thought June, Johnny and Rick Rubin could have done wonders with X's Burning House of Love. Too late for that now, but maybe John Doe and Exene could cover Jackson.
Posted by Mister Jalopy at 10:19 AM
Email ThisBlogThis!Share to TwitterShare to FacebookShare to Pinterest
Newer Post Older Post Home