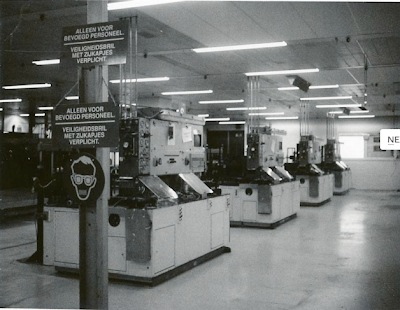 From The Impossible Project:

Polaroid is transforming itself from an analog Instant Film Production Company to a global Consumer Electronics and Digital Imaging company.

Impossible b.v. has been founded with the concrete aim to re-invent and re-start production of analog INTEGRAL FILM for vintage Polaroid cameras. Therefore Impossible b.v. has acquired the complete film production equipment in Enschede (NL) from Polaroid, has signed a 10-year lease agreement on the factory building; and has engaged the most experienced team of Integral Film experts worldwide.

The Impossible mission is NOT to re-build Polaroid Integral film but (with the help of strategic partners) to develop a new product with new characteristics, consisting of new optimised components, produced with a streamlined modern setup. An innovative and fresh analog material, sold under a new brand name that perfectly will match the global re-positioning of Integral Films. 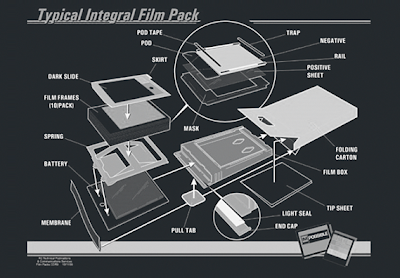 I am a sucker for Polaroids and was devastated when they stopped production of instant film. Though I have 600s, Captivas and Sx-70s, the best Polaroids are the old bellows Land Cameras. Though experts would probably differ, I consider the Land Camera to be an extremely inexpensive, durable view camera. The image from the lens is projected directly to the film - no puny negative to reduce the resolution.

As far as I am concerned, everything looks better in a Polaroid picture, but there are downsides to the technology. For example, it seems contrary to common sense to have a battery in every film pack - both from a cost and environmental perspective. Of course, the old Land Cameras used the peel-apart film, which did not include a battery, but with a two part process it had its own waste issues.

The Impossible Project website states that they will soon post the 7 biggest challenges to develop a new instant film technology. This should prove interesting as they certainly seem committed.

The Impossible Project (via If It's Hip, Thanks Marilyn!)
Posted by Mister Jalopy at 7:49 AM
Email ThisBlogThis!Share to TwitterShare to FacebookShare to Pinterest
Newer Post Older Post Home