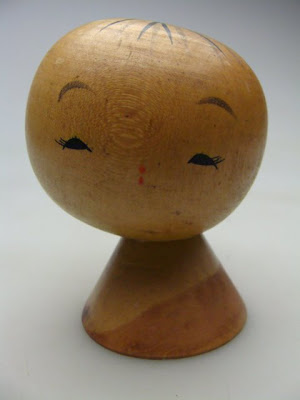 I'm not a collector. Not in the sense of needing complete sets, or seeking out holy grails that involve competition with others who covet the same thing, or serve as personal trophies to display and discuss to politely disinterested visitors. My collecting tendencies run toward objects that are readily abundant, subjective to my own taste and don't cost a lot of money to acquire. Which, says nothing of their uniqueness or desirability. 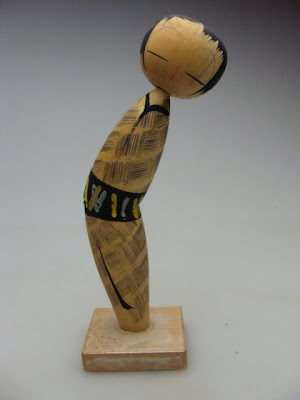 However, I've recently had to admit that I've begun collecting kokeshi dolls. I think it was the day I set my cell phone with its miniature kokeshi charm next to my kokeshi lamp which overlooks a swarm of smaller kokeshi dolls around its base, wondering if my new kokeshi had come in the mail yet (should be here any day now!). What's worse, is that I've moved on from being satisfied with any ol' helmut-headed kokeshi. I'm now drawn to the endless variations and antique kokeshi that play with the form, often distilling down what was already the barest shape to a near total abstraction from the original construct (traditionally, a head atop a limbless pillar). 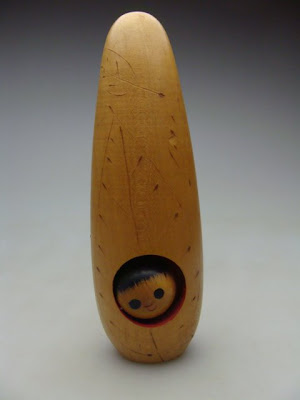 So, I guess this means my next step is to start seeking out region and artist-specific kokeshi that I like. Crap.