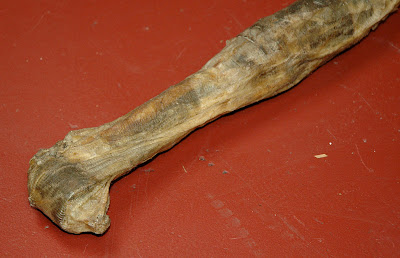 Our man Captured Shadow dropped a note saying that he missed our Mystery Tool Monday feature so, though it is not Monday, I thought I would share this mummified garage sale find. 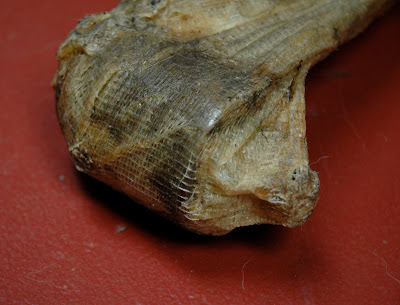 I thought it was wrapped in wax or cosmoline, but it turns out to be gauze and motor oil! Based on the care of preservation, I decided it was worth the $1 asking price just to satisfy my curiosity. As I garage sale in Burbank, I sometimes come across fixed setting torque wrenches that were used for aircraft assembly and had been liberated from the confines of Lockheed. 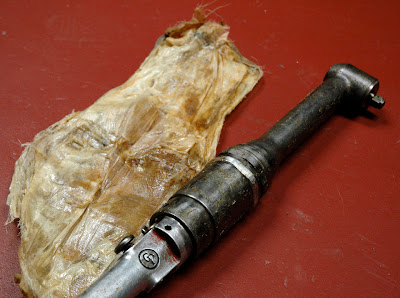 Luckily, it was not one of these aforementioned very specific torque wrenches but instead a giant 1/2" Chicago Pneumatic impact ratchet from the days that the name meant something. 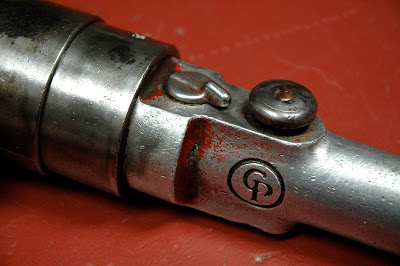 Though sticky as can be, the wrench actually cleaned up remarkably quickly with Pine Sol.
Posted by Mister Jalopy at 3:01 PM
Email ThisBlogThis!Share to TwitterShare to FacebookShare to Pinterest
Newer Post Older Post Home