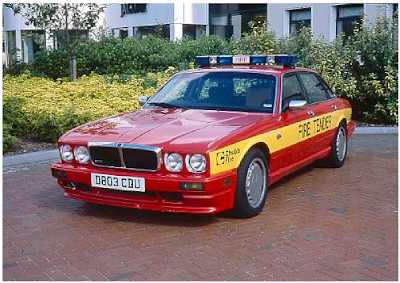 This particular XJ40 saloon is a pre-production model built in February 1986. The car was originally Jaguar's Police demonstrator and is a rare manual gearbox model. However, it was then loaned to the Donington Park Race Circuit for use as a high-speed fire tender, and is fitted with a TWR body kit, XJR suspension and Speedline alloy wheels, while rear seat was removed to accommodate fire-fighting equipment. The car was later used for similar duties at the Jurby Race Track in the Isle of Man, before returning to the JDHT. Offered with two expired MoTs (2004, 2007) and V5C registration document.