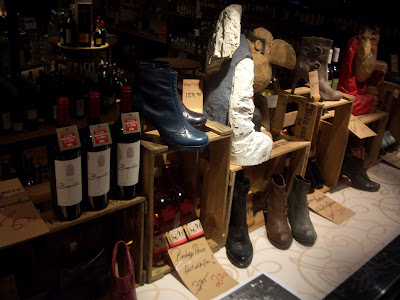 I just spent five days in Hamburg, Germany and ich liked it very much. Especially this shop, which was a combination wine and shoe store. Ernst? It was closed and I could only smush my face up against the glass und whimper. 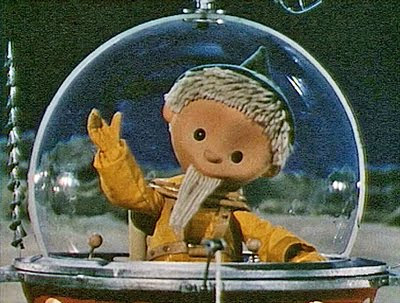 Then I came across a stack of postcards of this little character called "Sandmännchen". Like most of my nostalgia-waxing generation, I go bonkers for dioramas or stop-motion animation from the 60's and 70's. If it's an elf in spaceship from Germany, then I practically don't know what to do with myself.

Luckily for me, my host was the wonderfully charming Jurgen Meier-Beer who is something of a TV personality in Germany who now works primarily as a producer for German public television. He told me this was "The Sandman", a popular children's character that was developed solely for east German public television in the 50's. He said this character represented for many Germans the innocence of the people of east Germany, who dreamed of being able to go on adventures to the outside world, as the Sandman does. When Germany unified and Berlin public television and radio merged nationally, they kept this one show for nostalgia and it continues to air today.