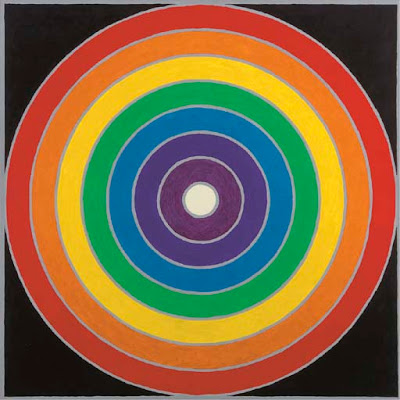 California-based artist John McCracken is best known for his glossy, hard, monolith-like sculptures leaned against the wall. But in the early 1970s, he also made a series of hard-edge, concentric mandala paintings, including this rainbow one, Mandala I, which first belonged to his New York dealer Robert Elkon.

It's for sale next week at Sotheby's, with an estimate of $30-40,000. Which sounds great, except that the seller bought it for $78,000 in 2006, nearly 10x Christie's original estimate. Last September, another Mandala sold at a North Carolina auction for just $17,000. I'm sure this reveals something deeply meaningful about the contemporary art market, but I can't imagine what.