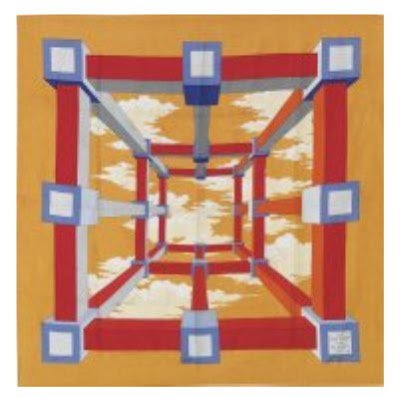 Some interesting things in Swann's upcoming Modernist Posters auction, but this 1951 Hermes scarf designed by A.M. Cassandre caught my eye. Cassandre was a big deal in the pre-war graphic arts scene in Paris, but except for his YSL logo, none of his later work has stuck with me.

Swann says the scarf shows "an elaborate, Escher-esque architectural construction with a sophisticated play on perspective," none of which, obviously, is the case. But it still rocks.