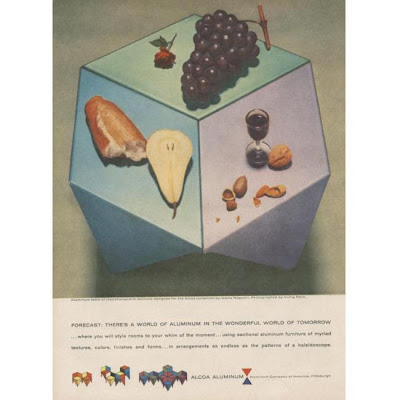 In 1957, Isamu Noguchi was commissioned to create a concept for an affordable aluminum table as part of the Alcoa Forecast Program. The result, the Prismatic Table, was not intended to go into production, only to appear in ads, like this one, photographed by Irving Penn, which ran in the May 11, 1957 issue of The New Yorker.

Interestingly, the ad says the table's three elements are interchangeable, not just, as the little illustration at the bottom indicates, the tables themselves. 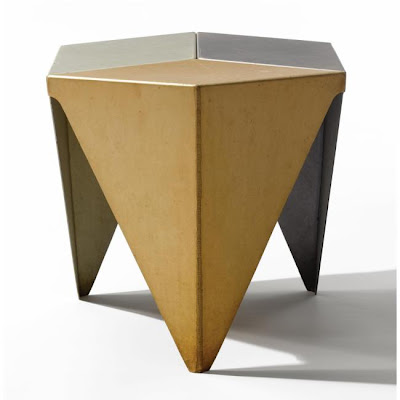 Noguchi originally costed out the manufacture of the table at $13, or $98 in 2009. With soft costs and keystoning, we're still talking about a $400 side table in the best of cases. Recently, the Noguchi Museum licensed Vitra to put the Prismatic table into production. In black or white, for $630.
Posted by Greg Allen at 7:02 AM
Email ThisBlogThis!Share to TwitterShare to FacebookShare to Pinterest
Newer Post Older Post Home