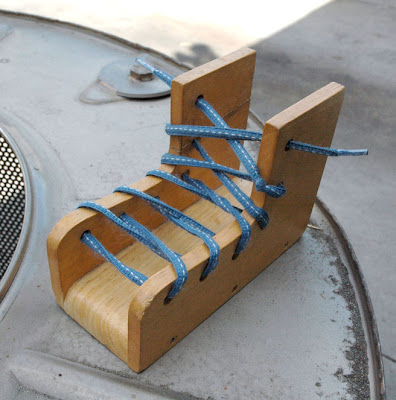 I only had this little cutie for a day as I gave it to the Ramshackle Solid boys. 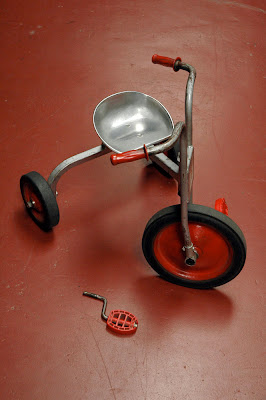 Made by the Los Angeles Tricycle Company. After I weld the crank back on, this is destined to join his sister at Coco's. 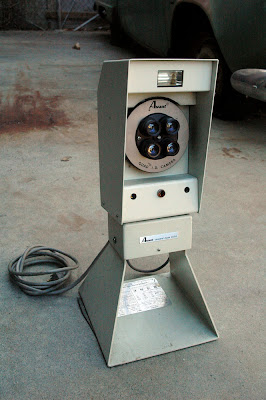 When I posted the list of objects that I am chasing, I ended with the caveat that the most exciting find was something as yet unknown. Something I didn't know I wanted because I didn't know it existed. Then, the next day, I stumbled upon this Avant Polaroid ID Camera. Of course, intellectually I knew that there were Polaroid ID cameras in the world, but I certainly didn't think I needed one.

A fascinating machine that is almost without value. There is one on eBay right now for $8.48. But I suuuure am glad I got it. 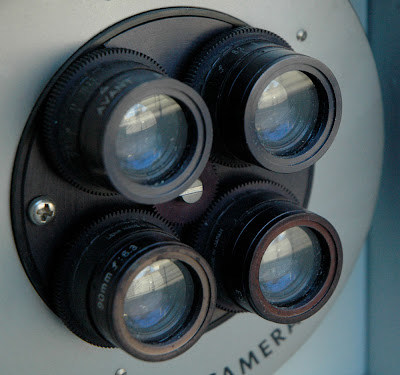 As it takes a four-way Polaroid, the four geared lenses are married together with a central gear so they move in sync. 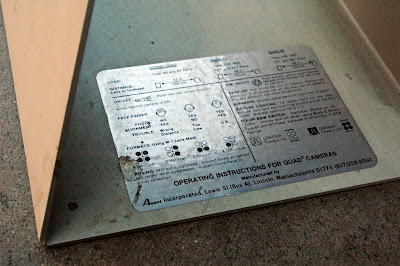 Operation is incredibly straightforward. Click to see the instructions clearly. I know it is dirty. It has since been cleaned. Most things in the world are dirty. 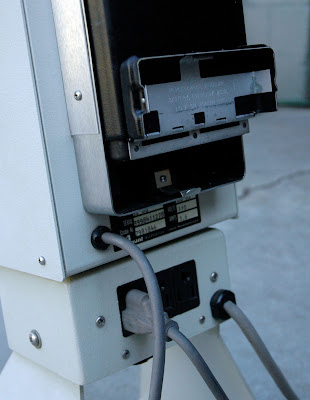 Classic cameras are geeky. Polaroids are geekier. 4-way Polaroid ID cameras are even worse. And to focus on the battery box, well, what can I say? I am a goner.

If you have ever bought a Land Camera, you were probably faced with the heartbreak of the long forgotten, corroded battery but this battery box is pristine. It has never had a battery as it doesn't need one. Avant bypassed the battery and added a transformer as part of their OEM retrofit of a stock Land Camera. You could keep a box of Jujubees in there. 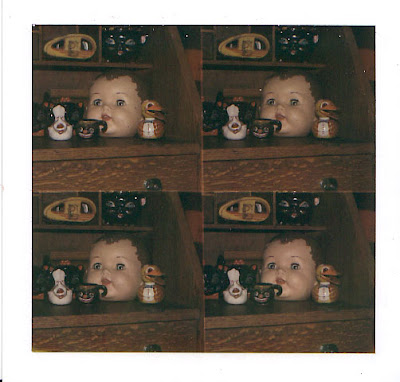 The above shot was my first try. A little dark and a bit busy for the format. But, amazingly, that photo was taken with film that was in the camera. I took the Avant to Coco's and took some more pics.

UPDATE: D+R reader Don points out, "Have you noticed, your cool Polaroid camera takes stereoscopic pics. Use the cross eye method to see."

Gives me an immediate headache, but it does look 3-D!
Posted by Mister Jalopy at 6:27 PM
Email ThisBlogThis!Share to TwitterShare to FacebookShare to Pinterest
Newer Post Older Post Home