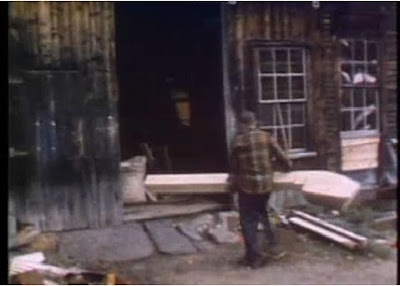 In operation since the mid-19th century, Ben Thresher's mill in Barnet is the last water-powered woodworking mill in Vermont. This 1981 public television documentary shows him making a horse-drawn sled for one of his neighbors.

For the runners, they look for trees that grow crooked out of the stump, and then straighten out. The grain's much stronger that way. They discussed it, and decided on full moccasin runners instead of half, so Ben beveled a couple of inches off each side, so it'd sit lighter in the snow. 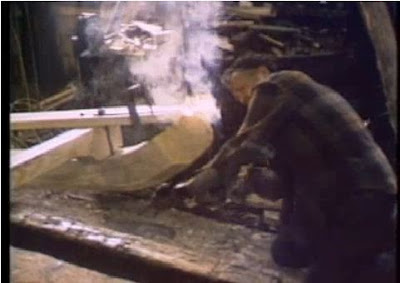 Mr. Thresher died in 1995, and though it's being restored as a non-profit educational operation, the waterpower at Ben's Mill is currently disabled. It's enough to make you wonder how Vermont's horsedrawn sled industry is able to survive.