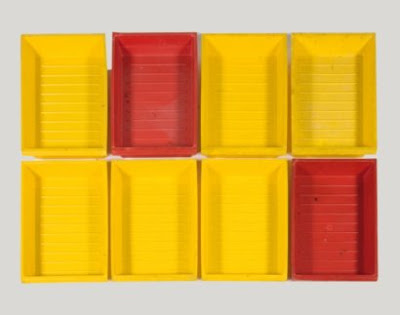 Don't know why I never realized it before, but Charlotte Perriand invented the drawer.

It's not just the drawers in that storage unit Mister Jalopy posted the other day which are stamped, "MODELE CHARLOTTE PERRIAND/BREVETE S.G.D.G."; they're everywhere. Here are some in a Jean Prouve desk: 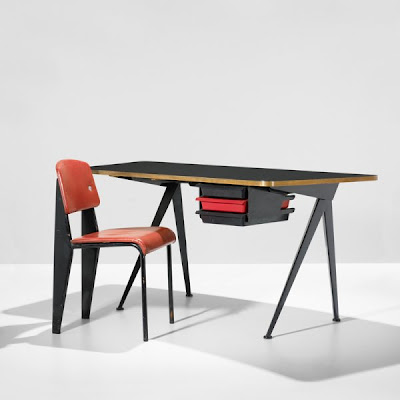 As she explained in her autobiography, Une vie de creation, in the 1940s, Perriand became obsessed with the "extreme standardization" of Japanese houses and their integrated storage, which provided order and logic without provoking uniformity. Even though a smaller-scale storage module would bring freedom and flexibility to a design program, she thought, Corbusier and other architects had ignored standardization because they "liked to put their mark on their creation." 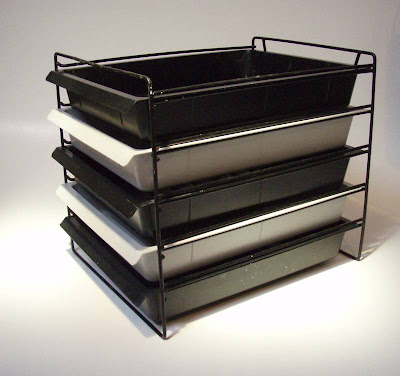 And so, inspired by a picture in a vintage men's shirt catalogue of a storage wall filled with a grid of shirt-sized trays, she let the contents of a storage module drive the form. Et voila, "My drawers were born." 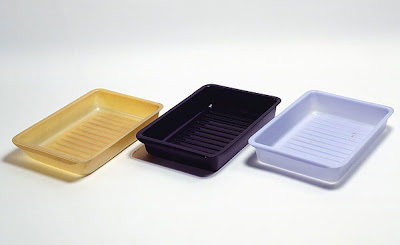 prototype drawers in plexiglass and plastic, 1952 [via]

Perriand created two depths of drawers, a deep one for holding clothes in a wardrobe, and a shallow one for papers and things in a desk. She patented them in 1948, and first exhibited them in folded aluminum in 1949 at Formes Utiles, an expo organized by the Union des Artistes Modernes, or UAM. Then she tried molded plexi, and:

finally the third try, widely distributed, economical injection-molded plastic, which required the funding of two molds. [Her and Corbu's and Prouve's dealer] Steph Simon was the backer...

My approach had proved very convenient. They could be fixed under table tops, under shelves in closets. The public could buy them and install them themselves in their armoires. Their storage needs were satisfied economically, while preserving the freedom of use and ambiance.

And for good measure, Perriand left her mark on her creation. 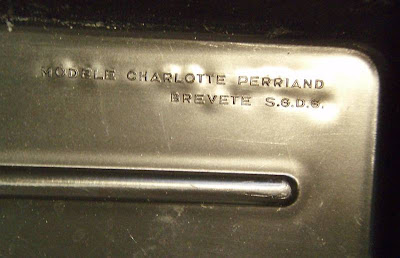