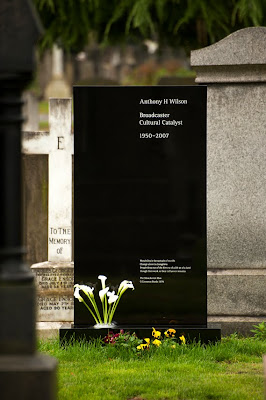 Via Kottke, this beautiful monolith of a headstone Peter Saville and Ben Kelly created for their longtime collaborator, Manchester music mogul Tony Wilson.

The comments on the Creative Review post would be pretty awesome even if they didn't mention that Wilson's coffin has a FAC number [501], and even if they didn't include a link to Allison Wilton's photo of Paul Rand's headstone. Which was apparently designed by a Rand colleague, Fred Troller. No pressure. 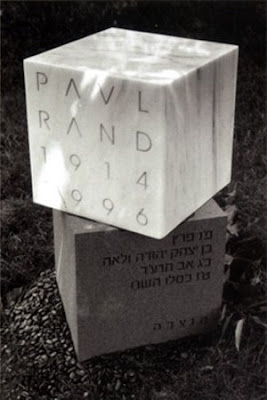 For a long time--or a long time ago, when I was thinking of it--I figured I would get a late sculpture by Isamu Noguchi for my headstone, the kind where it's mostly a raw, basalt stone with a few polished and shaped elements. After a few funerals lately, though, I've wandered around cemeteries and thought, maybe an old school, marble obelisk where the engraving will fade away after a few decades of acid rain or whatever. Clearly, I need to step up my headstone game.