I suspect that the fearless German designer Luigi Colani has always expected, but never waited for, The Future to catch up with him.

For a 1970 LeMans Concept Car, Colani grafted a hand-sculpted, biomorphic, plexiglass-domed, pivoting cockpit pod onto the business end of a Lamborghini Miura. 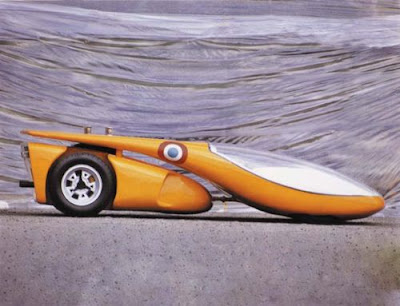 This one-of-a-kind, once-a-millennium vehicle somehow made it off the European auto show circuit and onto a trailer, three decades later, in Cross Plains, Indiana. 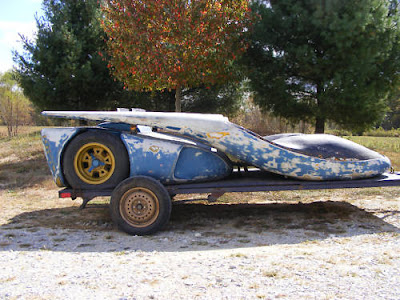 Where it now awaits--less than 20 hours to go!--the first bid from its new steward: 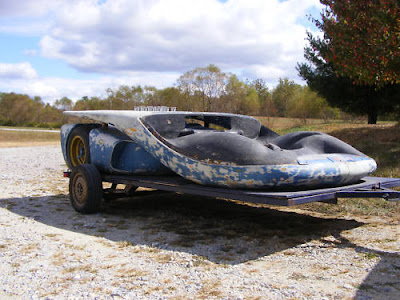 $74,999, not including shipping or the costs of refabricating the plexiglass pod roof. 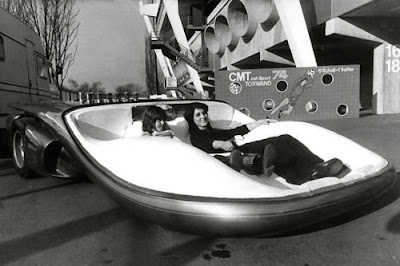 How odd that the seller would offer to refabricate the bubble, for money, on a car that clearly stands in need of a complete restoration. Why not offer to replace the missing downdraft carb [which is ornamental anyway, as there is "no engine at this time."] 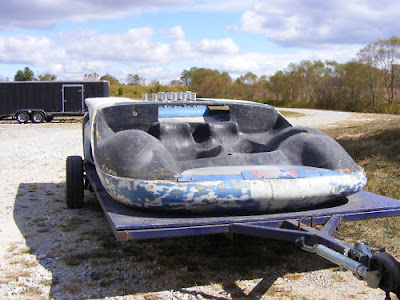 Whatever its fate, it does make one wonder what other insane projects lurk in the heart of eBay Motors > Other Makes.