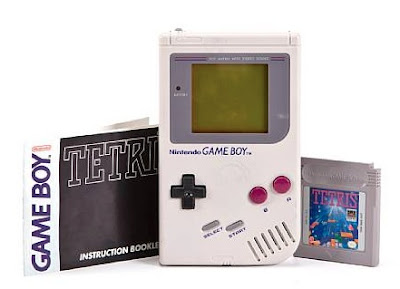 Though I get the concept, I don't get the raw price premium placed on "flown" objects and artifacts. But whatever, cosmonaut Aleksandr A. Serebrov has finally decided to sell the Game Boy he took to the Mir space station for his 196-day stay in 1993, along with his Tetris cartridge and his owner's manual.

In addition to his letter of authenticity, the owner's manual and the Game Boy itself bear the "Mir postmark." That the Game Boy's postmark is only partly visible explains why someone who can fly a space station needs the instruction manual for Tetris; it provides a better stamping surface. Which actually explains the whole point of the postmark itself. What a racket.