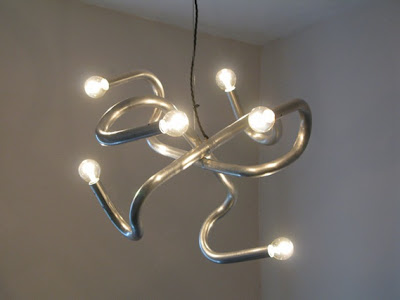 I know it's been really quiet around here lately, but when someone goes to the trouble of making an awesome chandelier out of three bicycle handlebars, what can I do but post it?

Wilfrid Wood's handlebar chandelier was one of many pieces made from everyday stuff in an exhibit at KK Outlet titled Object Abuse. As pretty much the sweetest project there, this one probably sold, for the benefit of some local London school. [via an ambitious project collapsing]